Epyx Fastload RELOADED for the Commodore 64 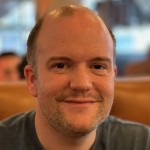 Based upon the Epyx Fastload Cartridge. This hybrid also includes a reset button and a custom ROM. Disk loading speeds on a Commodore 64 are painful, but not once you have one of these! Loads the average game in less than 8 seconds. Simple to use, just plug it in and GO! Commodore Key and Run/Stop to boot from SD2IEC or Disk.

For more information about this product, and how to order, visit Epyx Fastload RELOADED.

11 thought on “Epyx Fastload RELOADED for the Commodore 64”

Please help support this site by sending a little cash to help with hosting and maintaining the collection. Every penny or cent helps!

Buy a Coffee for RetroComputers.Online

Please spare some change to help me run this website - thank you.

Buy a Coffee for RetroComputers.Online

Buy me a coffee!